In an era where storytelling is constantly evolving, how do you seamlessly engage content creators, media eco-system, and sustainability enthusiasts to become better at their craft? That’s a question near and dear to the MCI Media Viability Talks.

We organized the first edition of the talks at the MCI Media Hub on 26th May 2021 to encourage more media innovators to persist in growing their ventures despite the several barriers they face as they strive to keep their businesses adrift. These challenges could involve access to funding, unfavorable investment policies and regulations, technical know-how, building a winning team, and many others.

The MCI Media Viability Talks took a deep dive into media innovation with the goal of information for public good with a spotlight on different innovators that are running platforms and producing news and content that is relevant to the public well-being. These innovators from multifaceted media backgrounds shared their storytelling techniques, content strategies and business models with a few invited guests. This was aimed at creating awareness and action around critical issues in society.

Under the stalwart of Moses Kiboneka – popularly known as Uncle Mo, a Ugandan automotive engineer, actor, media personality, and content creator – Loukman Ali, a filmmaker and one of the event’s speakers, emphasized the need for Ugandan content creators to invest in and create quality productions that can be readily consumed outside the borders of the Pearl of Africa. He insisted that it is one way to compete on a global scale. This way, Ugandan content will be able to catch the eye of the big video-on-demand (VOD) platforms like Netflix to pay attention so they can start investing in local content production.

“As storytellers, we have to be intentional & conscious about the language we use because stories are all about language and it impacts the interpretation and perception of the story,” emphasized Samuel Songa-Stone Mwesigwa, another speaker.

His brainchild, STORYTeld, is an independent media collective with a dynamic approach to journalism that offers an alternative to the mainstream media. They highlight societal issues that are often underreported and give a voice to communities and issues often pushed to the margin.

Caleb Okereke of Minority Africa said that “We measure impact by feedback we get about our stories since numbers usually derail us towards content creation. We are a slow newsroom that publishes more of the background of the story than break it.” Minority Africa is in the current cohort of the Innovators in Residence Program. They do data-driven storytelling around minority communities such as albinos, sexual minorities, and others,  mostly in Africa.

During the MCI Media Viability Talk, the media innovators also shared the various methods they have used to stay afloat while producing content for public good during the unprecedented times of the pandemic. The day ended with a networking session serenaded by band music from the Titan Band.

If you missed out, the videos of the talks will soon be uploaded to the MCI YouTube channel. The MCI Media Hub will host two more Media Viability talks before the year is done, and several other activities around the subject so look out for those if this is your area of interest. 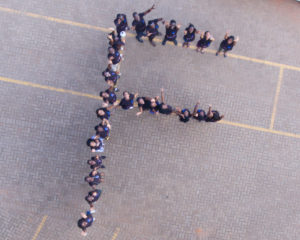 The Media Challenge Initiative( MCI) on Sunday February 16, 2020 concluded the first week of the 3rd edition of the annual Media Challenge Fellowship, an aggressive multimedia journalism training program awarded to the 26 best-performing students from 12 Universities who took part in the Inter-University Media Challenge (IUMC).

The fellowship program — conducted in partnership with Konrad Adenuer Stiftung Uganda and South Sudan, DW Akademie, The German Cooperation, United States Mission in Uganda and the European Union — is part of MCI’s strategic vision of building the next generation of journalists (#NextGenJournalist).

Like the previous two (2) classes, the 2020 fellows are expected to go through a five-week rigorous training and mentorship, facilitated by both local and international captains of the media industry. The experts will bequeath participants with skills in online, radio, television, photography, data, immersion and investigative journalism.

The initiation week, dubbed “Foundations and Multimedia Skills” commenced on February 11, 2020 and ended on February 17. The week was a cocktail of training, guest speaker presentations, field assignments and fun-filled energizer drills prepared by facilitators to help participants brace themselves for the busy and daunting media schedule while remaining stress free and mentally afloat.

Addressing participants  DW Akademie -Uganda Country Director, Mirjam Gehrke applauded the practical and hand-on training program, saying it was at the heart of progressive journalism and the changing media environment.

“(As DW Akademie) we were very amazed by this concept of the Media Challenge Fellowship program … this concept and the approach of practical skills-training for new journalists with the goal of building the next generation of journalists … is a very successful and ambitious project. We are very happy to support it,” she said.

On his part, the outgoing country representative of Konrad-Adanauer Stiftung, Mathias Kamp, who topped the guest-speaker list took participants to lecture with a mind-provoking presentation titled “The Intersection Between Media, Democracy and Development.”

Kamp, an ardent supporter of the MCI’s “#NextGenJournalist programs was also treated to a surprise a gift pack which included among other things his a painted portrait as MCI’s staff bid farewell to the supportive, friendly and unassuming guru. He tipped the budding journalists about their assumed duty to society.

“An active and informed citizenry is key for the survival of any democracy. The professional media have an important role in contributing to this, especially in times of populism and disinformation. We need credible and professional journalists now more than ever,” Kamp said.

Fellows also showcased skills in news presentations every morning in the MCI Mobile Studio on the sidelines of the fellowship. They are expect to return in March for the next seven-day session.

“The picture that you took with your camera is the imagination you want to create with reality.”
— Scott Lorenzo